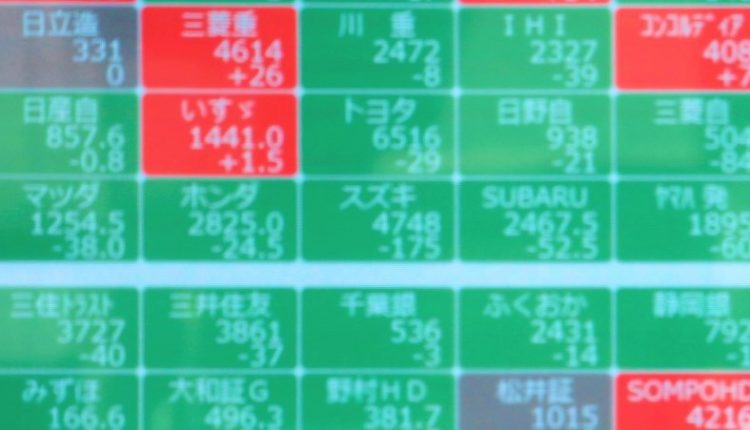 The stock market in Tokyo fell sharply on Monday. Investors sold their shares amid fears of a faster-than-expected rate hike in the United States.

The US Federal Reserve (Fed) said last week that interest rates are likely to rise sooner than expected, and the head of the central bank of St. Louis, James Bullard, took it even further on Friday by declaring at the end of next year expect an interest rate hike.

Japan’s main index, the Nikkei 225, lost 3.3 percent and ended at 28,010.93 points. Earlier in the day, the indicator fell below 28,000 points for the first time since May 20. The sharp rise in chip stocks, which are sensitive to higher interest rates, were sold. Chip tester Advantest lost 5 percent, and chip equipment maker Tokyo Electron fell 4 percent.

Losses were also incurred elsewhere in the Asian region. The stock market indicator in Shanghai was 0.2 percent lower while the Hang Seng index in Hong Kong fell 1.6 percent. Investors processed the Chinese central bank’s decision to keep interest rates on one-year and five-year bonds unchanged at 3.85 and 4.65 percent, respectively. The All Ordinaries in Sydney fell 1.6 percent, and the Kospi in Seoul lost 1 percent.