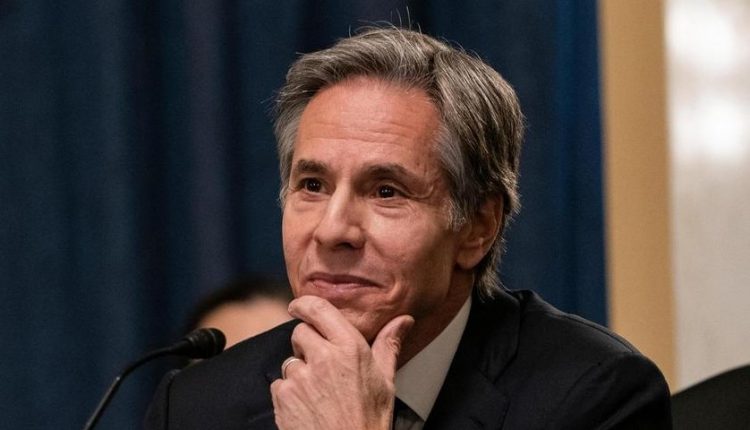 US Secretary of State Antony Blinken has cancelled a planned meeting with his Russian counterpart Sergei Lavrov due to the recent escalation in the conflict over Ukraine.

Because of Moscow’s actions, according to Blinken, it makes no sense to stick to the consultations planned in Geneva on Thursday.

“Now that we see that the invasion has begun and Russia has rejected all diplomacy, there is no point in meeting now,” Blinken said at a joint press conference with Ukrainian Foreign Minister Dmitro Kuleba.

Russia has announced it will send troops to eastern Ukraine and recognize the separatist regions of Donetsk and Luhansk. Blinken said Monday’s speech by Russian President Vladimir Putin announcing this decision and his comments on Tuesday were “deeply disturbing”. According to the minister, this makes it clear that Putin sees Ukraine as “subordinate”.

The White House says a possible meeting between US President Joe Biden and his Russian counterpart is “certainly” not an option at this time. “That’s not in the plans at the moment,” White House spokesman Jen Psaki said. According to her, such a summit first requires a de-escalation of Ukraine’s conflict.

French Foreign Minister Jean-Yves Le Drian announced earlier Tuesday that he no longer wanted a meeting with Lavrov. France currently holds the presidency of the EU. In addition, the European Union announced on Tuesday that it would impose sanctions on Russia, and the US and Canada have also taken that step.