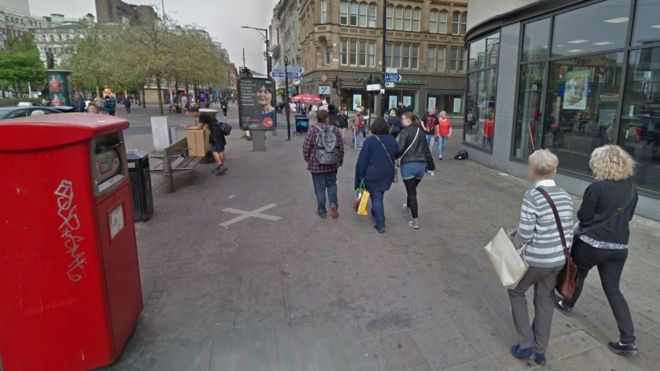 In Manchester, two men are said to have been stabbed on the street. Police and emergency services flocked en masse to the crime scene. Eyewitnesses speak of several offenders who have fled.

Nothing is known yet about the background of the incident, local media report.

The stabbing incident occurred around 1.50 p.m. near a supermarket branch in Piccadilly Gardens. Rescuers treated the two victims on the spot. One of them was then taken to the hospital. According to the police, this is a man who is not in danger of death.

Agents fired a few shots at the perpetrators in an attempt to stop them, but that did not have the desired result, an eyewitness told a reporter from a local newspaper.

According to the witness, there was “clearly” a targeted attack on the two men.

Elsewhere in the centre of Manchester, counsellors treat an injured man who may have been the victim of a stabbing incident. This took place at a branch of the Debenhams department store chain.

According to local media, it is not yet known whether there is a connection between the two incidents