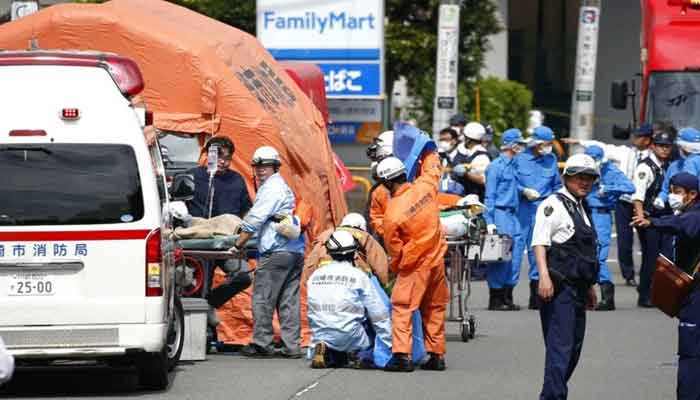 Schoolgirl Dead, 15 Injured after stabbing Japan. In the Japanese city of Kawasaki, a man stuck around him at a bus stop. A schoolgirl died in the process.

At least twelve girls and three adults were injured. The suspect was arrested.

The thirteen girls between the ages of six and seven are students from a Catholic private school and were waiting for the school bus.

The stabbing took place around eight o’clock local time in a park of the city of Kawasaki, a suburb of Tokyo.

The suspect, a middle-aged man, has been arrested.

He is severely injured because he stabbed himself in the shoulder.

According to bystanders, he just started sticking around at the bus stop.

Two knives were found in the area.

In 2010, twelve people were injured during a stabbing in a bus in a suburb of Tokyo.

Then he stabbed another four people to death.

Disney Is Also Thinking Of Stopping Filming In Georgia