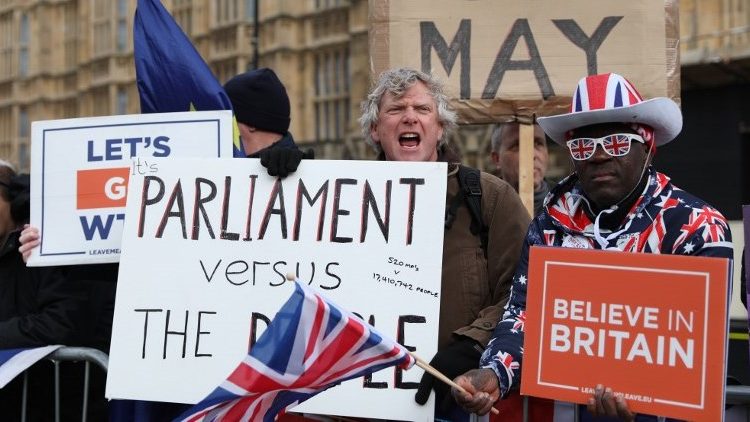 The Liberal Democrats want Johnson and his “no deal-Brexit” away, but also don’t want to know about Corbyn as prime minister.

Yesterday, Labor Director Jeremy Corbyn called on British MPs to support a motion of no confidence in Boris Johnson’s Conservative Government when Parliament returns from vacation in September.

Corbyn would then want to lead a transitional government with other parties to prepare for new elections and to avoid a Brexit without agreement with the EU.

There is no possibility that Jeremy Corbyn can gather rebellious Conservatives and independents against Boris Johnson.

Jo Swinson, the president of the Liberal Democrats, does not want to hear about it. A vote to avoid Boris Johnson and his “no deal-Brexit”, but not from Jeremy Corbyn as a transition prime minister.

According to her, the very left-wing Corbyn is not the man who can unite the nation. Swindon proposes that a transitional government be formed by the socialist Harriet Harman or the Conservative and pro-European veteran Kenneth Clarke.

These are the two members of parliament sitting by, and they enjoy the confidence of many members of the Lower House, also outside their party.

Labour calls Swinson’s reaction “childish” and says she cannot determine who is the leader of the socialist party.

The greens believe that no time can be lost and that Boris Johnson must be stopped anyway before the Brexit becomes a fact.

The issue shows that there is just as much division in the opposition as in the Conservative party that rules the country. So it can still go in any direction before the Brexit becomes a fact.