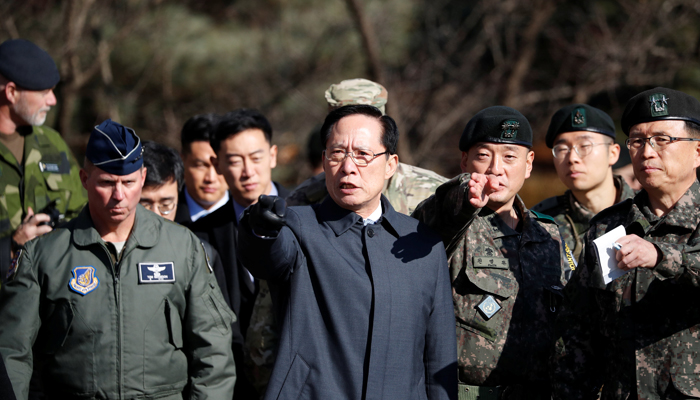 The South Korean Defense minister said the way North Korea misguided us in the past if we presume that same thing will happen in the future, we would not be able to negotiate and establish peace.

Song responded to statements by his Japanese colleague Itsunori Onodera, who said earlier on Saturday that the North Koreans had not kept agreements about their nuclear program in the past.

” Mr Onodera spoke about the violated promises. That happened in the past. The country now has a different leader, ” said the South Korean, who referred to Kim Jong-un.

According to the FOX News Point, the Japanese minister Onodera had further said that his country considers it imperative that North Korea is not rewarded just for the fact that the nation agrees to dialogue with foreign countries.

He stressed that the North Korean leader must also take firm action by dismantling his nuclear and missile program.

At a security conference in Singapore, the US Secretary of Defense, James Mattis, emphasised that the US also sees the full nuclear disarmament of North Korea as the primary goal of the discussions.

Mattis also restated that withdrawal of the tens of thousands of US troops stationed in South Korea is not an option.

North Korean leader Kim Jong-un is expected to meet Trump on June 12 in Singapore. It would be the first time that leaders from both countries are sitting around the table.

Apple Is Working On Augmented Reality For Multiple People