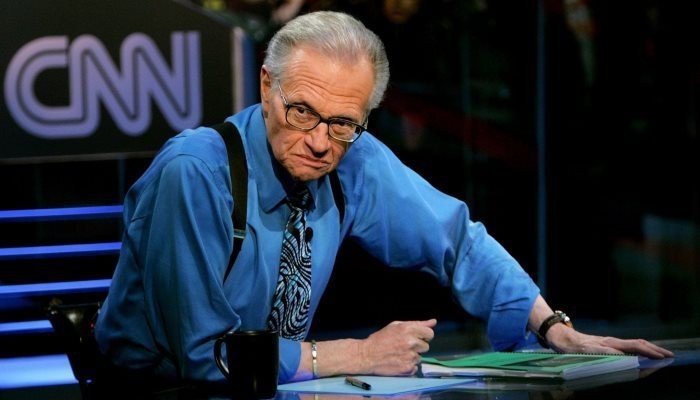 Larry King (85) Admitted To The Hospital For Bypass Surgery

The 85-year-old radio and television presenter became unwell at home due to pressure on his chest.

According to Reports, the former talk show host already had plans to go to the hospital,

because an operation was planned to reopen a bypass from 1987.

“His doctors expect him to improve completely.”

King, who had a talk show on the American channel CNN for 25 years, had a heart attack twice before.

Allegedly King may leave the hospital again later this week.

“Larry feels better and thanks to everyone for their good care.

The expectation is that he can get back to work soon.”